Professional Reflection
19th - 26th March
One of the core areas of the ‘Tomorrow’s Education Today’ programme which we are taking is being enabled to broaden our knowledge and awareness of different types of school education available here in The Netherlands. Before now I could say this is something that I never really thought about as all schools in Northern Ireland are not classified into categories of which pedagogy they follow. Most schools have a different ethos but their aims and objectives all fall in line with the requirements of the Northern Ireland Curriculum. As part of our Rethinking Education class we had the opportunity to visit some of these ‘Reform Schools’. The group I was placed in visited the ‘Jenaplan’ school. 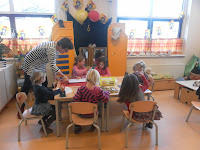 The Jenaplan concept was ignited by Peter Petersen during the reform movement in the 1920’s. Petersen was labouring with the idea that today’s society is becoming more and more heterogeneous. As he states, “There is more plurality of achievement abilities, of family backgrounds and individual lifestyles; thus the orientation of education towards a specific group becomes increasingly difficult.” In Jenaplan schools there are no homogeneous groups but children are grouped in multi age groups. Onderbouw are 4-6 year olds, Middenbouw are 6 -9 year olds and Bovenbouw are 9 -12 year olds. We had the opportunity to visit the classrooms in the Jenaplan school and for me I found it very strange seeing older and younger children work 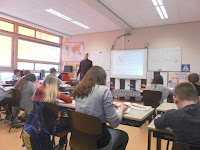 ing together. Children work on the same theme and tasks but at varying levels. Jenaplan schools highly emphasise natural development therefore this setup seems most suitable given that not all children develop at the same rate. In my opinion teachers have a much more difficult task in what could be said as differentiating for a very wide ability range.
Children participate in the multi-age age groups for the most part of the day but subjects such as Language and Maths are taught with only their peers of a similar age. This setup works well as each teacher can take a specific age group and focus on one of these areas of learning or the rest of the children in the class can be set a task to complete. 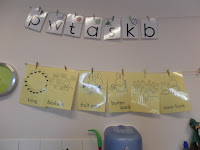 One unique thing that is also typical to the Jenaplan school is the ‘Blokuur’. This is one hour during the day that happens in every class both the younger and older ages in which children can decide what they would like to so for themselves. Children are familiar with this routine and use the time to finish off work that hasn’t been completed. In my opinion this is a very good idea, not only are children adopting the skill of working independently, they also have to decision make about what they need to do and plan their time carefully. This is something I would like to try on as an educator as I think these are skills that each individual should possess and this seems like a positive way to foster them. 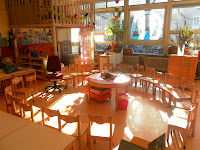 As well as this the Jenaplan concept places a strong emphasis on the notion of ‘community’ and everybody working together. As one teacher told us it is about learning together and learning from each other. Everyday classes start and finish together in something like what we would call circle time. As well as teachers and children, parents are also central in this ‘community’ centred triangle. As I have also seen in my placement school parents are actively involved in all aspects of school life whether it be helping to decorate the assembly hall for the current theme the school are studying – e.g. Spring at the present time or assisting on school trips. It seems to me that teachers and parents have a strong relationship and there is ongoing communication rather than just informal meetings. Personally I think this is fundamental, one can assert that parents are a key figure in a child’s education. After seeing parents participating in such an active role, I hope this is something I can encourage as I become a practitioner in future years. Essentially they too can bring skills and knowledge that can add to a child’s experiences and learning. 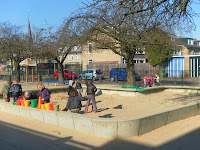 Although there are many aspects of this type of education that I agree with and would like to adopt as a practitioner, such as the ‘Blokuur’ and the ‘community’ notion, personally I would question the multi-age groups. I can agree that there are many different abilities and each individual child is different but with older children in the class it could be asked whether some children would mature too quickly in terms of personality and behaviour. From my experience on teaching practice I found myself using classroom management and behaviour strategies with different age groups of children as well as the way I spoke to them.
In all I found my trip to the Reform school very interesting and it has broadened my knowledge of perspectives on education. As a group we have to present our findings to the class and I am eager to hear about how the rest of the groups found the Reform schools they were visiting. In various groups they have visited Freinet, Steiner, Montessori and Dalton schools.